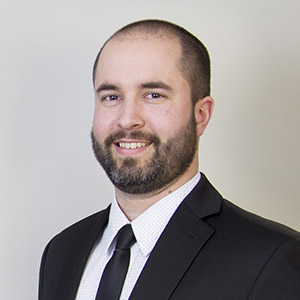 Brendan grew up in Mississauga and began his career as an Associate Denturist in the Brampton area working alongside dentists and denture clinics, and participating as a member of the Denturism Implant Study Club.  After practicing around the GTA for several years, Brendan was looking for a place to settle with his wife and family.  He made the decision to move to Belleville in 2015 to join the Vout’s team as an Associate and now enjoys his time as a resident of the Quinte region.